At the aviation worker accident injury law firm of Bisogno & Meyerson, LLP, we are all too aware of the accidents that can happen to workers in New York Cities busy airports and airspace. According to the Port Authority of New York and New Jersey, nearly 117 million passengers traveled through JFK and LaGuardia airports in 2017.  Given the large international NY airports, including Buffalo Niagara, Greater Rochester, Albany, Syracuse Hancock, and smaller airports such as Westchester County and Long Island MacArthur, and many other smaller public and private airports and airstrips throughout New York,  worker accidents often occur both in the air while servicing passengers or on the ground as baggage at the airport.

Our experienced Staten Island and Brooklyn airport worker injury attorneys have the knowledge, experience, and the resources to handle the complexities of aviation-related litigation, whether it is an aircraft or particular areas of the airport,  including dealing with federal authorities, such as the Federal Aviation Agency  (FAA), National Transportation Safety Board (NTSB), as well as state and local authorities and agencies. Our airport worker accident lawyers handle accidents that occur both inside and outside of the aircraft, including falls on an automated walkway, pedestrian accidents,  as well as airport bus and other motor vehicle transportation accidents which often cause serious injury to airport workers who operate them. If you or somebody you care about has been injured or killed in a major commercial airline, regional carrier, private charter, corporate jet, military contractor, small plane, general aviation, private aviation, terrorist-related, or helicopter accident, or has suffered an injury while working at an airport, the insurance companies will try to persuade you to take a quick and woefully inadequate settlement. Before you talk to an insurance company or file for workers compensation, talk to us. The complicated nature of these accidents may and often does involve multiple parties with liabilities.  At the Bisogno &  Meyerson law firm, we make sure that you get maximum compensation for your on-the-job aircraft or airport accident — particularly in the case of catastrophic injuries or wrongful death.

Aviation-related litigation is complicated and involves federal regulations (and sometimes international law) and state and local legal issues. While we are attorneys in Brooklyn, located near JFK airport we are also courtroom veterans, skilled negotiators, and well-versed in the applicable aviation as well as international, New York State, municipal and local laws — and whether your on-the-job airport accident happened at LaGuardia Airport in Queens or upstate at Buffalo Niagara International Airport, we know how to value your injury claim and can and will work with top experts to help support it. When an aircraft worker is involved in an accident, our law firm, utilizing its vast resources, has the ability to prove, not only your worker’s compensation claim, but also any liable third-parties who may have been negligent, and otherwise did not meet the standard for safe airport and/or aircraft operation.

Airport worker accidents — such as slip and falls, traffic accidents, construction accidents, or negligent security matters — may seem straightforward. However, since many airports are run by a government agency or entity, for example, the Port Authority of NY & NJ (PANYNJ) is responsible for JFK, LGA, EWR, TEB, & SWF Airports which means that special litigation requirements may apply. If you have been injured while working on airport property, it is important that you seek legal counsel right away, as filing deadlines in which to commence legal action, by filing a Notice of Claim (NOC) for your injuries, may be limited to ninety (90) days, with the very rear exception of catastrophic injuries or wrongful death. At Bisogno & Meyerson, LLP., we are Brooklyn attorneys who can help you recover the compensation you deserve for your Aviation work or airport work accident injuries. We have a long history of success in representing hardworking men and women, as well as the passengers they serve, who sustained injuries caused by all types of negligent airport and aircraft situations. These types of workers include:

Airplane accidents do not occur as frequently as other modes of private or public mass transit; however when a plane accident does take place it often unfortunately often results in absolute fatalities. Most people do not realize the frequency airplane accidents do occur because, generally, only the accidents with fatalities are covered in the media. However, many Aviation accidents do occur and involve light aircraft including small Cessna, Piper, and Beechcraft airplanes, as well as various types of helicopters. Many plane accidents happen on the runway because of air traffic control and other miscommunication problems and other errors that can cause an aviation accident for aircraft in flight or planes taxiing to and from the airport terminal for takeoff departure or landing on arrival. Airplane accidents have a high potential for death and injury due to the speed and height at which planes travel. Most airplane accidents are the result of human error and mechanical difficulties, including, for example, depressurization of the cabin. In many instances, an aviation accident has created so much damage that understanding how the aviation accident happened can be difficult. The NTSB and FAA are in charge of investigating aviation accidents in order to understand what may have contributed to the airplane or helicopter accident happening. At Bisogno & Meyerson, a qualified aviation attorney working with aviation engineers and experts will appraise individuals or loved ones of all of their rights and options regarding their aviation accident crash disaster. Even in seemingly minor plane accidents, a passenger can experience injuries in addition to extreme emotional distress. Generally, airplane crashes could have been easily prevented if the correct standards and procedures are followed and if they were not, our aviation accident lawyers will seek appropriate compensatory damages. Recovering your damages for your aircraft accident-related injuries starts with an evaluation of your case. To schedule a free consultation to discuss your needs and legal options, please contact us online or call our office at 718.745.0880. We speak Spanish, French, and Portuguese, and can arrange to meet you at the hospital or at your home.

At our Brooklyn and Staten Island injury law firm, the philosophy is simple:

Because our practice is focused on serving the injured, we can concentrate all our skills, experience and resources on doing whatever it takes to maximize your recovery of damages. That means if you were hurt in a plane crash, as your airplane accident lawyers, we seek out every potentially liable party — including not just the Airlines or Airports, but also parts manufacturers, maintenance providers, even the government agencies responsible for aircraft and airport design and construction. No detail is too small, no question too insignificant, and no case or adversary too large for us to tackle. Yet, while we are tough on liable parties and insurance companies, you can rest assured that you will be treated with the utmost respect and compassion.
Get a Free Consultation now!

At our Brooklyn and Staten Island Airport and Airline Workers Third-Party Accident Claims  injury law firm, the philosophy is simple:
If the injuries from your Aviation or Airport work area accident were caused by the negligence or reckless behavior of someone other than your employer or co-worker, for example, if you are an airport worker and a construction contractor, unrelated to your employment, creates a negligent condition, causing you to sustain a serious physical injury, the construction company or person responsible for the defect, lack of maintenance or disrepair, without maintaining it or marking it off with a danger area warnings, could be liable in a personal injury action, for injuries sustained from the accident, and you may also be entitled to file a personal injury claim against the airport or building owner, through what is known as a third-party-liability claim. You can file a personal injury claim for your injuries sustained in the accident at the airport, in addition to collecting workers compensation. This allows you to recover damages including pain and suffering, loss of consortium and other compensation that is not recoverable under New York workers compensation laws.

At Bisogno & Meyerson, LLP, we give you 100 percent of our attention, consideration, and effort, 100 percent of the time. And that is how we plan to get you 100 percent of the compensation you deserve when you have been injured while working, as the result of someone else’s negligence or reckless behavior, whether on an airplane or at an airport. To schedule a free consultation with one of our skilled aviation personal injury attorneys, and if you are a construction worker, bus driver, or other workers at an airport, our workers compensation attorneys, as we handle both third-party-accident cases and workers compensation claims, please contact us online or call us at 718.745.0880. We arrange Home or hospital visits. All of our injury cases are taken on a contingency basis— so if we don’t win, you don’t pay a dime! That’s our guarantee to you! Our accident lawyers speak Spanish, French, and Portuguese. 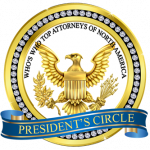 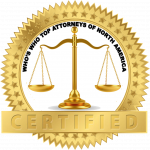